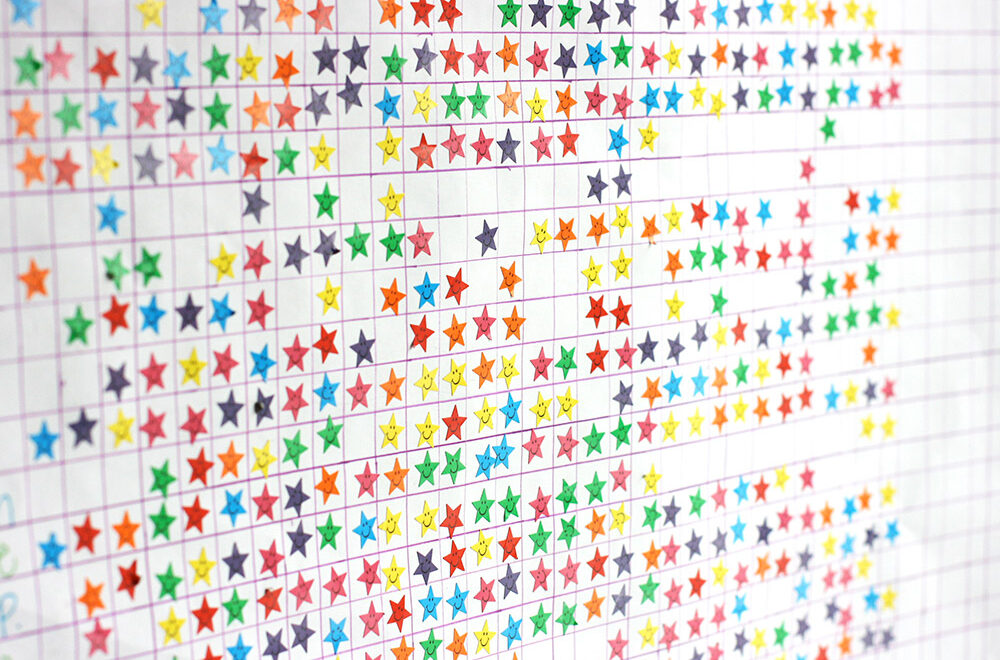 Over the past few days I have been chatting to loads of parents who are struggling a little with their toddlers. The common concern and struggle with all of these parents is they feel like they are losing their ‘cool’ a little too much with their toddler(s).
So first things first; a big call out to these parents!
Actually, a big call out to all parents who have lost their ‘cool’ with their little ones from time to time.
I have lost my cool on more than one occasion (maybe more than I would like to admit!) over the past 21 years of being a mum. We are all human.
And if you are a parent who has never lost their cool – then hats of to you.
Now back on topic.
When chatting to parents I have found that when they have tried to implement a reward chart/system, they have made the reward system unachievable for their toddler.
Having to fill a large jar of tokens to get the reward. Or having 5+ lengthy ‘rules’ to get a sticker and then/or having to fill the reward chart before a reward is received, is too big of a system for a toddler to comprehend.
The novelty of a complex or extensive system will quickly wear off for the toddler because it is unachievable. There is no motivation for them – the real reward can seem too far away.
Parents then feel defeated because the reward chart/system didn’t have the outcome they were hoping for. They then feel lost and unsure on where to go to next.
P2B recommends starting small.
REALLY SMALL.
Set a reward system for 5 positive behaviours from your toddler to get a reward. When you see a positive behaviour you want to encourage – reward them straight away.
The sticker or token reinforces the good behaviour and makes it more likely to happen again, aka self-regulation and adaptive behaviour.
It will keep them motivated!
Once they get 5 stickers or tokens = ‘THE’ reward
For parents, focusing on positive behaviours when they may have been focusing more on the negative behaviours can reduce their frustration significantly.
Playing nicely with their sibling, eating their dinner, using their manners, packing away their toys are just some examples you can focus on.
The reward does not have to be something big or expensive. It could be a smartie, a cookie, a water iceblock (make your own with just water!), an extra bedtime story, a ride on the mower, a swim or a trip to the park.
All of this has the knock on affect. Toddlers become calmer with more positive attention given to them, and parents will also remain calmer focusing more on their toddlers positive behaviour rather than the negative behaviour.
We need to remember that no little person ever sets out to upset their parents intentionally (although sometimes the look they give before doing something they know is wrong .. does make most of us question!).
THEN as you see more positive behaviours then you can move the goal post.
Rather than 5 positive behaviours, make it 10.
A good read: https://raisingchildren.net.au/…/encourag…/reward-charts
If you do feel like you are losing your cool with certain behaviours, then consider using time out.
Again, if this isn’t your ‘thing’ then don’t do it. Keep on scrolling.
When used correctly, time out has very positive outcomes.
https://www.parents2b.com.au/time-out/
Just like your reward system – keep the explanations simple and keep calm.
Remember, if you are raising your voice to your toddler they will only hear the voice, not your words. Keeping your language simple, to the point and remaining calm (and I know that can sometimes be super tough) will always have a better outcome.
Hope this is some good food for thought
February 11, 20210
Share Tweet Share Pin it