Parents 2B > Blog > Sleep > As the temperature drops …. multiple wakes ups are not uncommon due to your baby becoming cold. 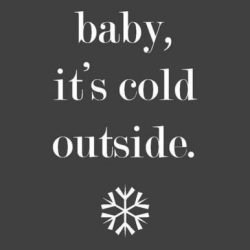 As the temperature drops …. multiple wakes ups are not uncommon due to your baby becoming cold.

P2B has received multiple messages this week about babies waking up multiple times overnight (usually after midnight – 3am to 5am) all of whom have previously been sleeping through the night.
I know I sound like a broken record BUT could your baby be cold? I ask this question a lot! In fact it’s one of the first questions that should be asked when looking at your baby’s night wakes.
Have you noticed the temperature is beginning to drop in the early hours of the morning – I know I have! I am pulling up my blanket around 3am and there are 2 in my bed so I have the extra bonus of my hubby’s body heat too!
As the temperature drops …. multiple wakes ups are not uncommon due to your baby becoming cold. When we get cod we curl up in the fetal position and pull a blanket up. Can your baby do this?
Babies can have a lot of difficulty regulating their temperature. They get cold very quickly. In fact it’s only at around 2 years of age that babies really learn how to regulate their temperature naturally, and they are still more sensitive to changes in temperature than an adult.
So as the temperature drops it might be time to reassess your bedding, wraps and bed attire.
I have also had multiple visits this week where parents are still putting their baby’s to bed at night in the same clothes/layers as they did in January and February!   A good rule of thumb is that your baby needs 1 extra layer on them than you have on yourself!
Some food for thought!
P2B recommends dressing your baby for the cooler time of the night/early morning. If worried your baby will be too hot initially on going down for the night: turn the fan on and then turn it off when you are going to bed yourself.
April 26, 20190
Share Tweet Share Pin it