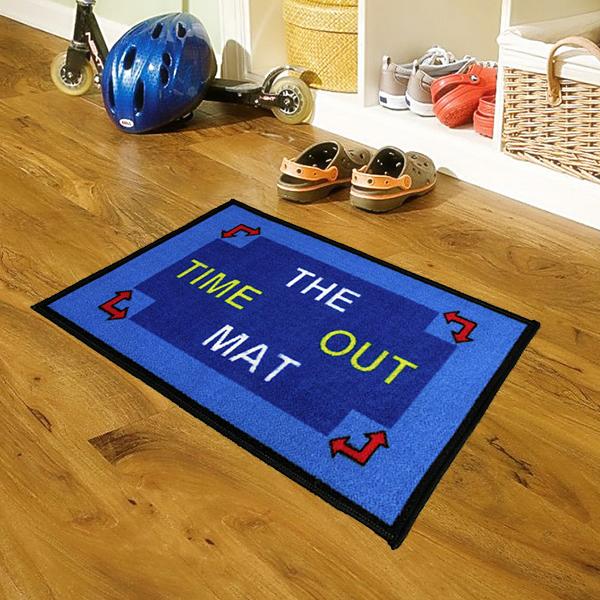 A recent Instagram Q&A post regarding time out was met with many private messages back to P2B – and they were not overly positive in regards to me supporting time out.  You may or may no agree with me and that is OK.

While it’s sad that time-out doesn’t mean the same thing to everybody, that doesn’t mean it’s harmful or doesn’t work. If you do not believe in time out it is simple – don’t do it.

P2B supports the use of time out ONLY if  USED PROPERLY.

Proper use of time-out does not involve isolating the child or withdrawing love or attachment. It is also not intended to be used excessively, harshly, or in anger. The aim is to give the child a chance to self-regulate and learn new skills and behaviours. It also gives parents a chance to de-escalate in high risk situations.

Triple P Programme also supports this view. Triple P is an internationally-acclaimed parenting program which is offered free to all Queensland parents and carers of children up to 16 years of age. Triple P is considered one of the world’s best because it has been scientifically shown to work and because it’s already helped more than four million children and their families in more than 25 countries. The Queensland Government is now offering Triple P free as part of its commitment to supporting families across the state.

The following is some great food for thought from the programme.

WHAT ARE SOME MYTHS AND FACTS ABOUT TIME-OUT? (Article links below)

MYTH: “Time-out is about making a child suffer.”

FACT: Time-out is not meant to be a “punishment”. I can’t stress this enough. It’s defined as time away – usually for one to five minutes – from what psychologists refer to as rewarding stimuli, which includes interesting activities and attention from the parent. This gives children an opportunity to regulate their own emotions and to calm down. The parent’s role is to create the situation that allows the child to do this.

MYTH: “Time-out should be used every time there’s a problem…and anyone can start doing it.”

FACT: Time-out is a strategy that should only be used:

(Within the Triple P – Positive Parenting Program, time-out is not taught to parents without all of the above also being explained and demonstrated.)

FACT: Time-out is used to teach children to deal with strong emotions in appropriate ways. It’s not used in situations where the child is anxious or upset about something that’s happened to them, such as an accident or being bullied. In these situations, it’s important to listen to the child, acknowledge their emotions, respond to their concerns, and help them to cope and problem-solve.  However, when a child responds to being denied something they want – not need – by having a tantrum, time-out is a useful strategy to help them self-regulate and manage their frustration in such situations.  (A child needs food, clothing, shelter, a safe and educational environment, and love and affection; they may also “want” more toys, to throw things or hurt others, to stay up late, etc.  Parents can help children learn the difference by demonstrating appropriate self-control, and praising appropriate behaviour when children don’t get everything they want. If necessary, they can use time-out to deal with tantrums.)

FACT: Evidence-based parenting programs designed to help parents of children with behaviour difficulties almost always use a form of time-out as part of the intervention. There are hundreds of randomised controlled trials that show time-out (used in the way described within Triple P, and as part of a parenting program) is an effective strategy to reduce misbehaviour and promote self-regulation.  It’s included in evidence-based parenting programs that have met stringent research criteria to be listed on research sites and authorities such as:

FACT: There’s an important principle within child development known as attachment theory (the idea that children’s development is fundamentally underpinned by a secure emotional bond with their main caregiver). Key proponents of attachment theory and related programs recognise the importance of time-out as a strategy for parents to teach children self-regulation and adaptive behaviour.  For example, Dan Siegel promotes the use of time-out being used in the way that it is taught within Triple P, focusing especially on preparing the child ahead of time, and framing the routine in terms of teaching self-regulation skills, not punishment. Once time-out is over, the parent focuses on re-engaging their child in an appropriate activity, catching them doing the right thing and praising them for it. So, rather than seeing time-out as a threat to the closeness of the parent-child relationship, most parents who learn to do time-out properly will see a big improvement in their child’s behaviour. Their child will become calmer, and parents will also remain calmer. Again, parents must be taught these strategies carefully so that they’re used correctly. Time-out works, and isn’t harmful, but only when it’s done properly.

Triple P incorporates a lot of things that promote a secure attachment relationship between parents and children. These include, to mention just a few, strategies such as:

Parents are also able to examine their own ideas about child behaviour and to manage their own emotions and behaviours during interactions with their children and family.

Anyone who thinks the aim of parenting is to make children into obedient little robots has completely missed the point. Of course we want to encourage children to be independent, express their emotions and think for themselves. But learning to follow instructions and rules, at least some of the time, is also an essential skill for children to learn if they’re going to be able to function in society.

Did you know about the Triple P Parenting program?

Triple P is an internationally-acclaimed parenting program which is offered free to all Queensland parents and carers of children up to 16 years of age. Triple P is considered one of the world’s best because it has been scientifically shown to work and because it’s already helped more than four million children and their families in more than 25 countries. The Queensland Government is now offering Triple P free as part of its commitment to supporting families across the state.